0
9.0kviews
How does frame relay provide congestion control and quality of service? Explain with its frame structure?

Frame Format is shown below:- 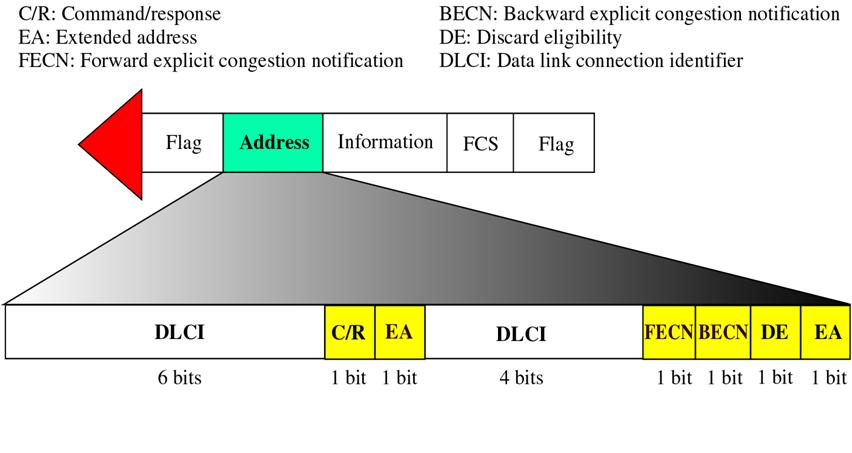 his frame is very similar to the HDLC frame except for the missing control field here.

• The control field is not needed because flow and error control are not needed.

• The Flag, FCS and information fields are same as those of HDLC.

• The address field defines the DLCI along with some other bits required for congestion control and traffic control.

• Their description is as follows:

The first part of DLCI is of 6 bits and the second part is of 4 bits. They together form a 10 bit data link connection identifier.

The C/R bit allows the upper layers to identify a frame as either a command or response. It is not used by the frame relay protocol.

• This bit indicates whether the current byte is the final byte of the address.

• If EA = 1 it indicates that the current byte is the final one but if EA = 0, then it tells that another address byte is going to follow.

• This bit can be set by any switch to indicate that traffic is congested in the direction of travel of the frame.

• The destination is informed about the congestion via this bit.

• It informs the sender about the congestion.

• The DE bit indicates the priority level of the frame. In the overload situations a frame may have to be discarded.

• If DE = 1 then that frame can be discarded in the event of congestion.

• DE bit can be set by the sender or by any switch in the network.