ATM transfers information in fixed-size units called cells. Each cell consists of 53 octets. The first 5 bytes contain cell-header information, and the remaining 48 contain the payload (user information). Small, fixed-length cells are well suited to transfer voice and video traffic because such traffic is intolerant to delays that result from having to wait for a large data packet to download, among other things.

• Generic Flow Control (GFC)—Provides local functions, such as identifying multiple stations that share a single ATM interface. This field is typically not used and is set to its default value of 0 (binary 0000).

•Virtual Path Identifier (VPI)—In conjunction with the VCI, identifies the next destination of a cell as it passes through a series of ATM switches on the way to its destination.

•Virtual Channel Identifier (VCI)—In conjunction with the VPI, identifies the next destination of a cell as it passes through a series of ATM switches on the way to its destination.

•Payload Type (PT)—Indicates in the first bit whether the cell contains user data or control data. If the cell contains user data, the bit is set to 0. If it contains control data, it is set to 1. The second bit indicates congestion (0 = no congestion, 1 = congestion), and the third bit indicates whether the cell is the last in a series of cells that represent a single AAL5 frame (1 = last cell for the frame).

•Header Error Control (HEC)—Calculates checksum only on the first 4 bytes of the header. HEC can correct a single bit error in these bytes, thereby preserving the cell rather than discarding it. 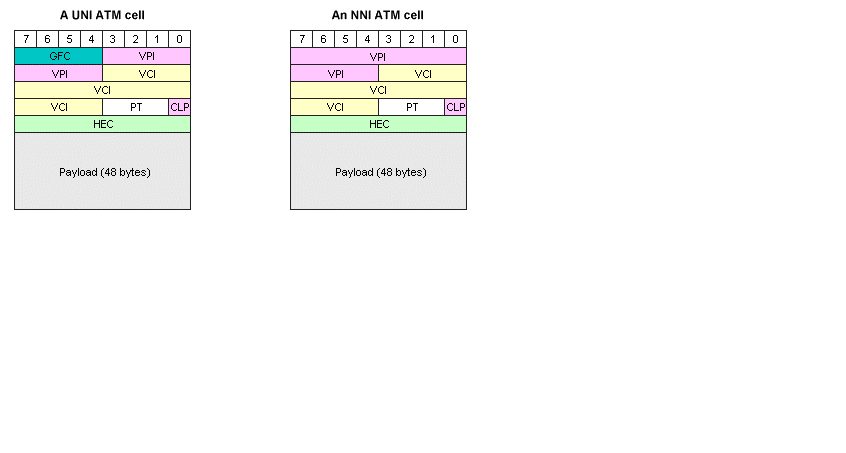 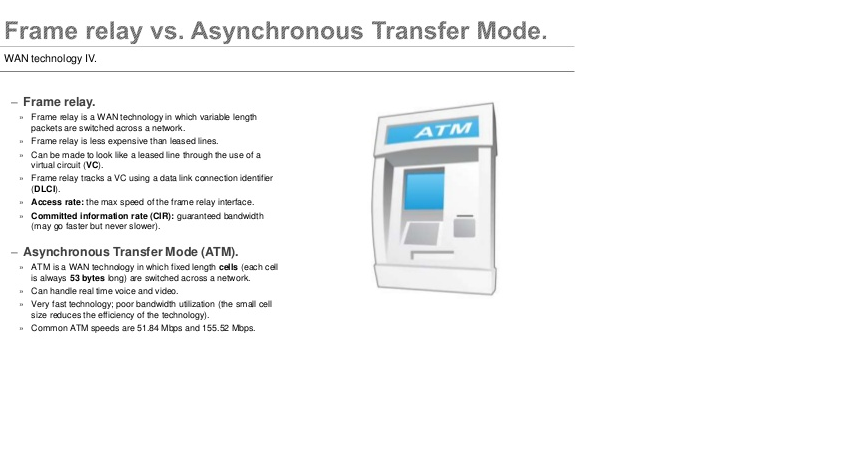