Packet filtering is a firewall technique used to control network access by monitoring outgoing and incoming packets and allowing them to pass or halt based on the source and destination Internet Protocol (IP) addresses, protocols and ports.

During network communication, a node transmits a packet that is filtered and matched with predefined rules and policies. Once matched, a packet is either accepted or denied.

Packet filtering is usually an effective defense against attacks from computers outside a local area network (LAN). As most routing devices have integrated filtering capabilities, packet filtering is considered a standard and cost-effective means of security.

They have the ability to examine the payload of a packet and make decisions based on content. This means that application-layer filtering systems can permit or deny specific application requests or commands, giving a far greater degree of granular control over network traffic

The most common implementations of application-layer filters provide proxy services, such as mail, file transfer protocol (FTP), and telnet, so that they do not run on the actual filter, which increases security. Each connection is subject to a set of specific rules and conditions similar to those in packet-filters, except that the selectivity rules application layer filter use is not based on ports, button the to-be-accessed programs or services (regardless of which port is used to access these programs) 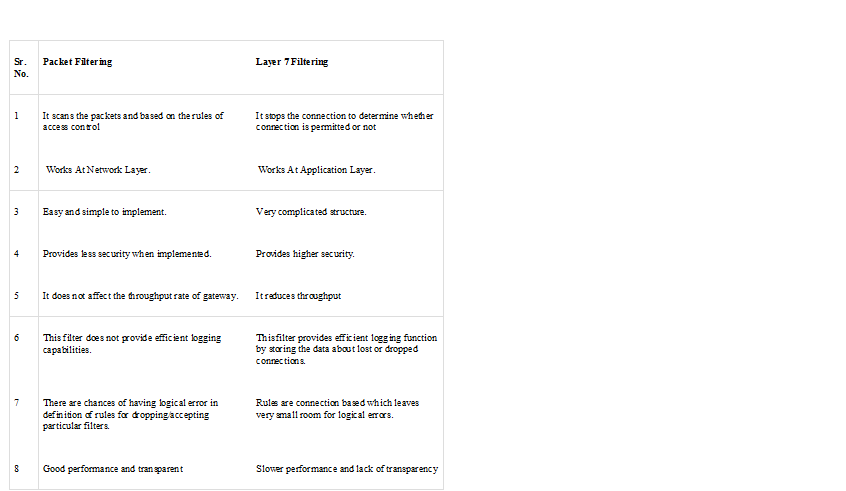