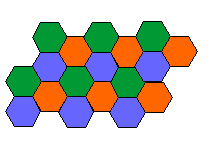 The FCC had the foresight to require: