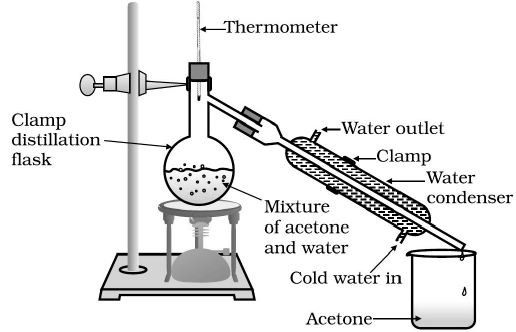 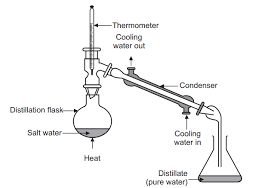 ii) Steam distillation :- Steam distillation is used to separate heat-sensitive components. Steam is added to the mixture, causing some of it to vaporize. This vapor is cooled and condensed into two liquid fractions. Sometimes the fractions are collected separately, or they may have different density values, so they separate on their own. An example is steam distillation of flowers to yield essential oil and a water-based distillate. 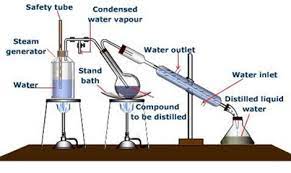 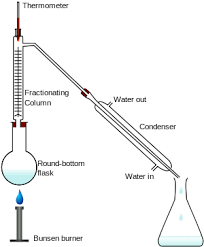 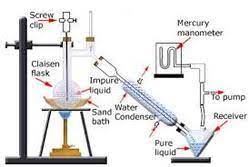