a) Need of compensation:
i) Typically op-amp circuit contains many poles. For example, in folded cascade topology, folded node and output node both contribute poles. For this reason, the op-amp must be compensated i.e their open loop TF must be modified such that the closed loop circuit is stable and time responce is well behaved.

iii) We then postulate that the stability can be achieved by
(a) minimizing overall phase shift thus pushing the phase crossover (px) out [fig:1].
(b) Chopping the gain, thereby pushing the gain crossover(GX) in [Fig:2]. 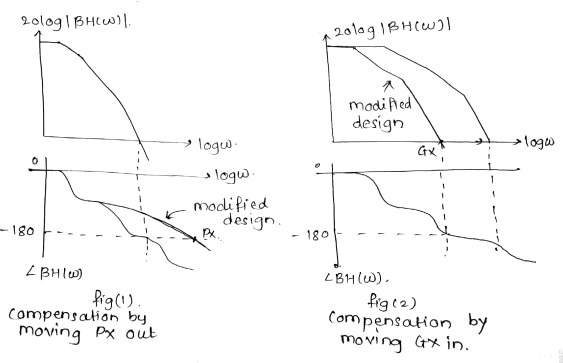 iv) In practise, we first design an op-amp so as to minimize the no. of poles while meeting other requirement. Since, resulting circuit may still suffer insufficient PM, we then compensate the op-amp.

b) Compensation of 2-Stage amplifier: 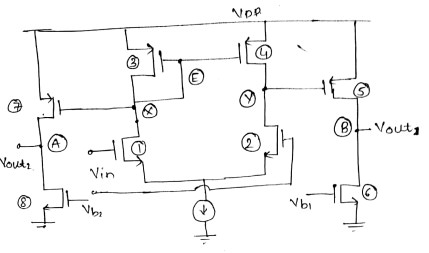 ii) From the observation we constructed magnitude & phase plots. We assume $\omega_{P,E}$ is dominant but positional $\omega_{P,A}$ and $\omega_{P,X}$ depends upon design and load cap. 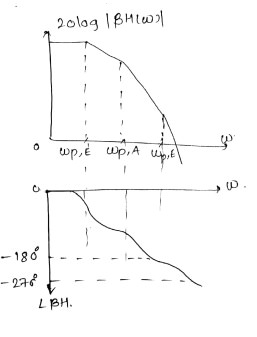 iii) One of the dominant pole must be moved towards origin so as to place gain crossover well before the phase crossover.

iv) However, the unity gain BW after compensation cannot exceed the frequency of the second pole of the OL system.