Grey cast iron is characterized by its graphitic microstructure, which causes fractures of the material to have a grey appearance. It is the most commonly used cast iron and the most widely used cast material based on weight. Most cast irons have a chemical composition of 2.5–4.0% carbon, 1–3% silicon, and the remainder is iron. Grey cast iron has less tensile strength and shock resistance than steel, but its compressive strength is comparable to low and medium carbon steel. 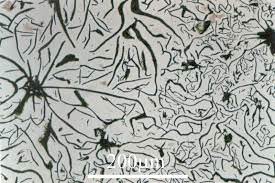 White cast iron displays white fractured surface due to the presence of cementite. With a lower silicon content (graphitizing agent) and faster cooling rate, the carbon in white cast iron precipitates out of the melt as the metastable phase cementite, Fe3C, rather than graphite. The cementite which precipitates from the melt forms as relatively large particles, usually in a eutectic mixture. 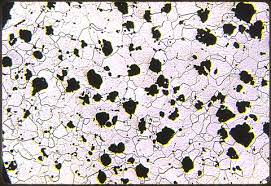 Recent development is nodular or ductile cast iron. Tiny amounts of magnesium or cerium added to these alloys slow down the growth of graphite precipitates by bonding to the edges of the graphite planes. Along with careful control of other elements and timing, this allows the carbon to separate as spheroidal particles as the material solidifies. The properties are similar to malleable iron, but parts can be cast with larger sections. 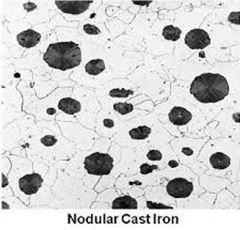