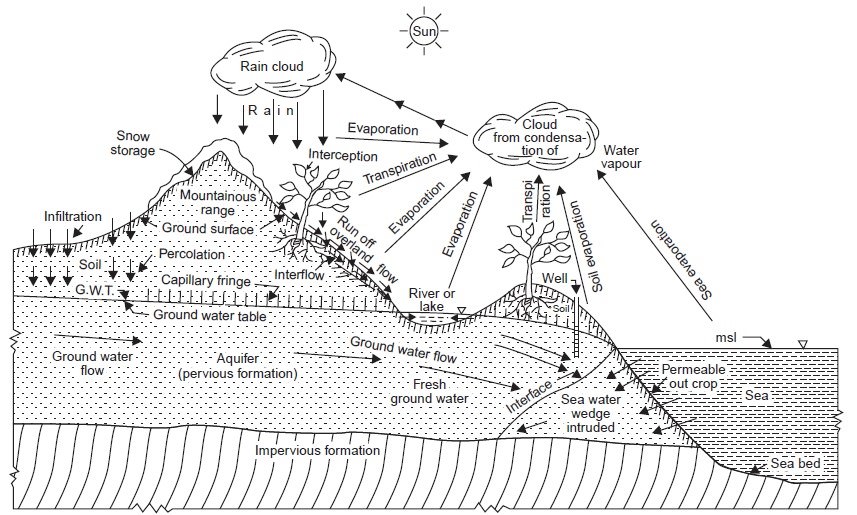 $$\text{Figure 15. Hydrological Cycle}$$ 5. The hydrological cycle consists of the following: