The various zones are as follows:

a) Zone of Aeration, b) Zone of saturation 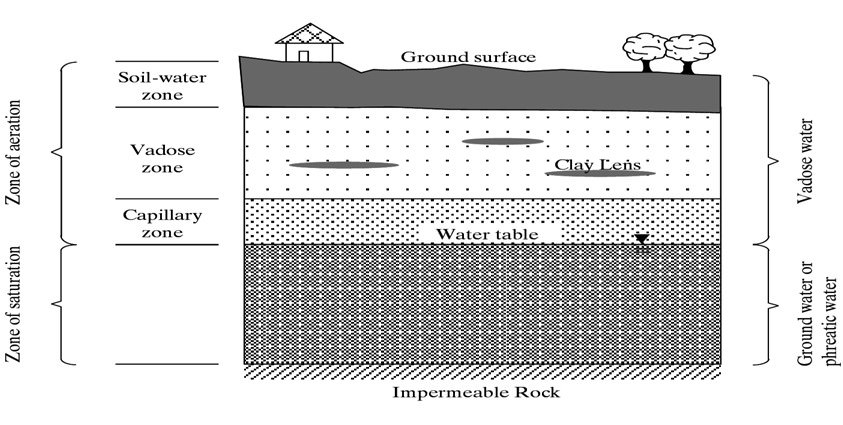