Usually it is desirable that a canal off taking from a river should be able to irrigate as much an area as possible. The general layout concept can be explained when studied in respect of the off-take point of the canal and the surrounding contours, as shown in Figure 112

Now, if a canal were to be laid from the off taking point, then it should lie between the two extreme lines, as explained below.

Consider the possible alignments of canals as shown in Figure 113. A shown in the figure, the right bank canal (generally termed RBC) and off taking from a point R on the river bank may be aligned somewhere in the region bounded by R-R’, the contour line at the elevation of R or the right riverbank R-R’’. It is not possible to align the canal along R-R’, as there would not be any slope, whereas an alignment along R-R’’ would mean zero command area for the canal. Hence, a suitable slope of the canal that is neither too flat nor too steep (as discussed later in this lesson) would be the most appropriate. Based on the above logic, possible alignments of the right and left bank canals (RBC and LBC) have been shown in Figure 114.

In order to demonstrate the effect of the adjacent valley slopes on the canal layout, the right and left bank contours have been chosen in such a way that the slope of the right bank valley is flatter than that of the left bank. Hence, as may be observed from Figure 115, for the same canal slope on both the banks, the right bank canal covers a larger command area (the area between the canal and the river).

The alignment of a canal can be done in such a way that it is laid up to a ridge line between two valleys, which would allow a larger command area for the same canal, as shown in the figure, which shows possible contour lines between two rivers that the canal off taking from one river is able to irrigate areas between the river of the adjacent valley, too. There is one more advantage of leading a canal up to the watershed divide line: the number of small streams to be crossed by the canal would be a minimum, though once a canal may be aligned along the watershed divide line, generally, it may be necessary to provide a shorter path if the divide line is tortuous. A few more points may be noted on the layout of a canal may be noted, as mentioned below.

• As far as possible, curves should be avoided in the alignment of canals because the curves lead to disturbance of flow and a tendency to silt on the inner bend and scour the toe of the outer (concave) bend. However, if curves have to be provided; they should be as gentle as possible. Further, the permissible minimum radius of curvature for a channel curve is shorter for lined canals than unlinedones and is shorter for small cross sections than for large cross sections of canals. According to the Bureau of Indian Standard code IS: 5968-1970.

• The alignment should be such that the cutting and filling of earth or rock should be balanced, as far as possible.

• The alignment should be such that the canal crosses the natural stream at its narrowest point in the vicinity.

In order to finalize the layout of canal network for an irrigation project, the alignment of channels should be marked on top-sheets, until an optimum is reached. This alignment is then transferred to the field by fixing marking posts along the centreline of the canal.

Formal guidelines for canal layout may be had from Bureau of Indian Standard IS: 5968-1987. 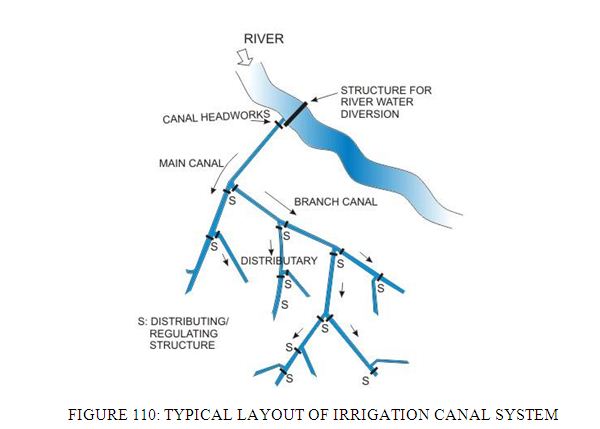 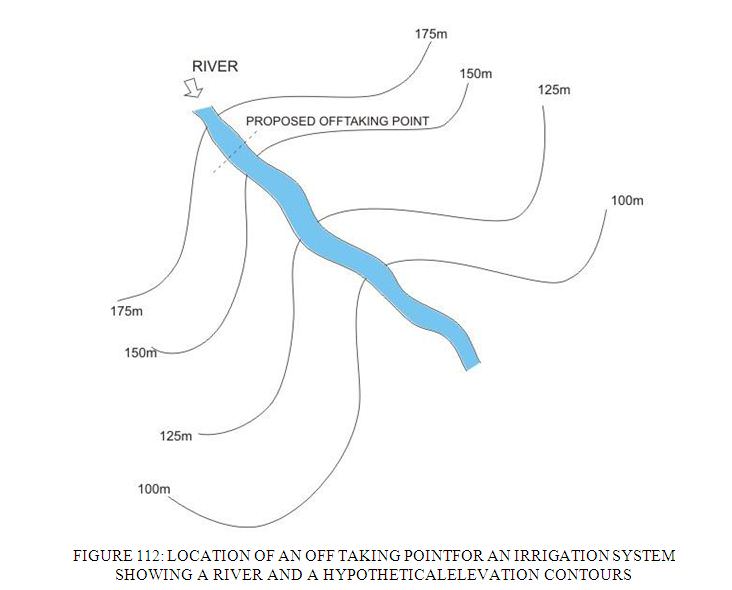 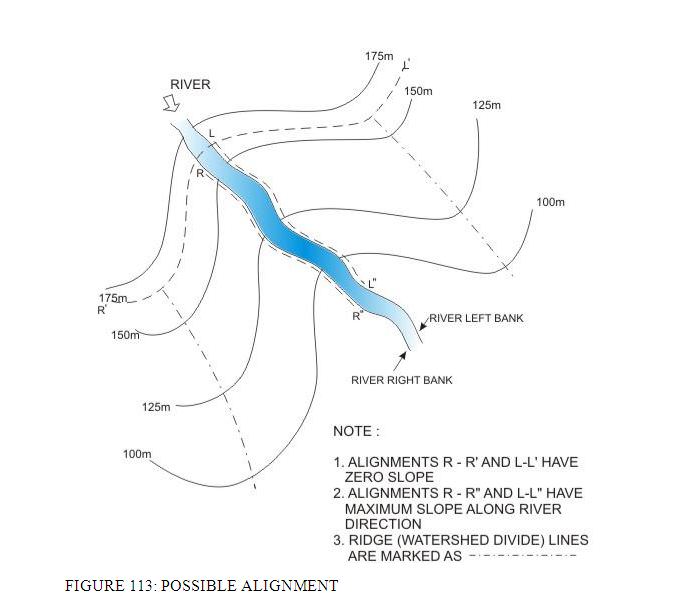 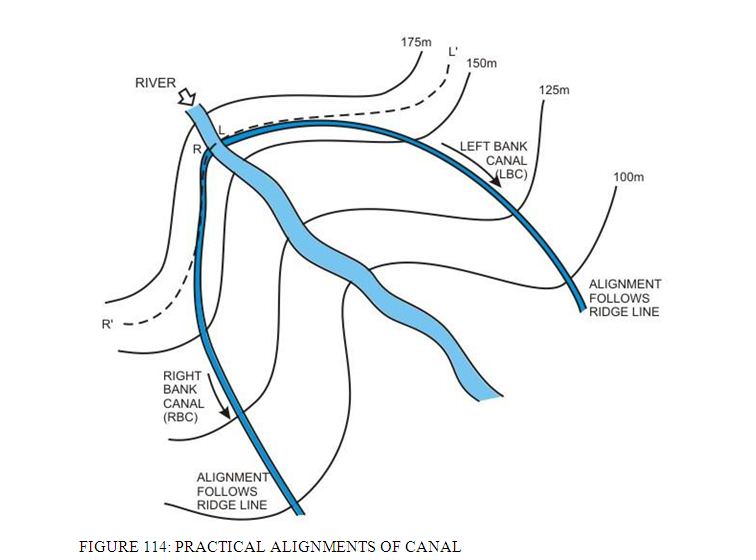 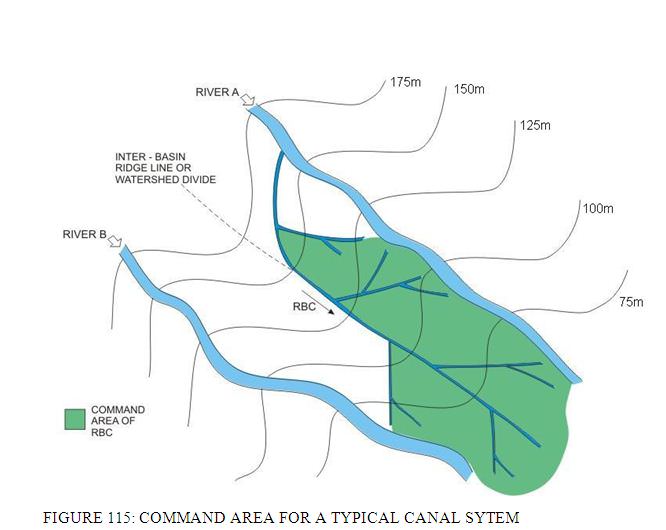