The storage capacity in a reservoir is nationally divided into three or four parts distinguished by corresponding levels. 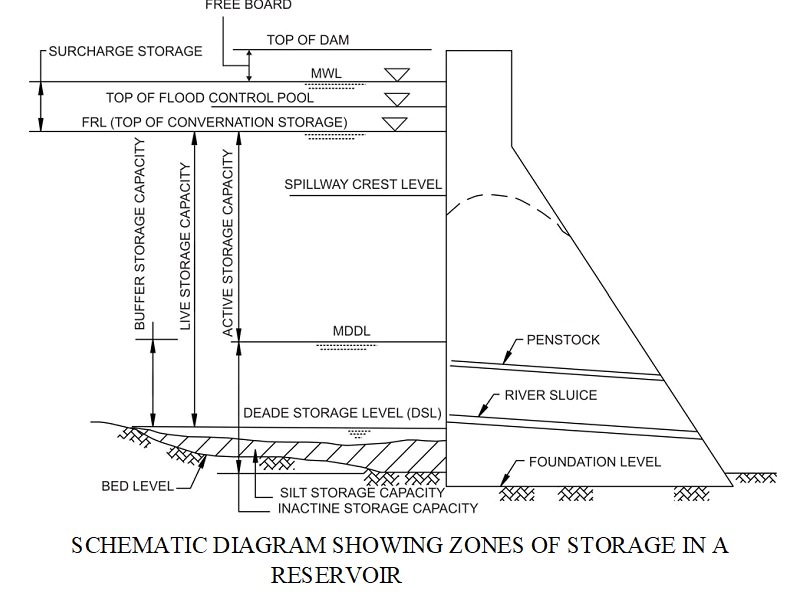 These specific levels and parts are generally defined as follows:

Some other terms related to reservoirs are defined as follows: 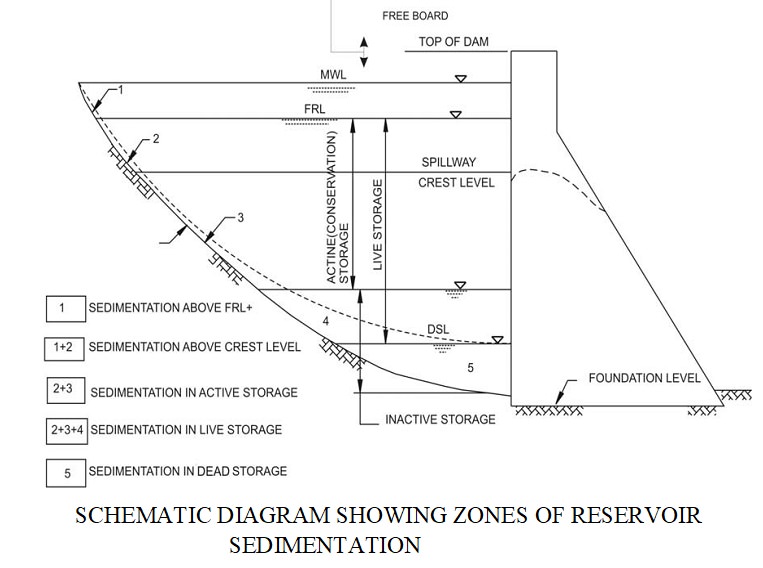