0
1.3kviews
Write a brief note on Design of an Editor.

• A text editor is a tool that allows a user to create and revise documents in a computer.

• Though this task can be carried out in other modes, the word text editor commonly refers to the tool that does this interactively.

• Earlier computer documents used to be primarily plain text documents, but nowadays due to improved input-output mechanisms and file formats, a document frequently contains pictures along with texts whose appearance (script, size, color and style) can be varied within the document.

• Apart from producing output of such wide variety, text editors today provide many advanced features of interactiveness and output.

• Depending on how editing is performed, and the type of output that can be generated, editors can be broadly classified as - 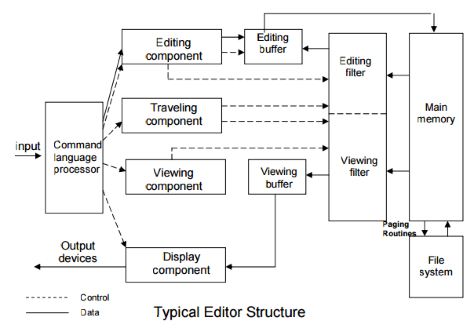