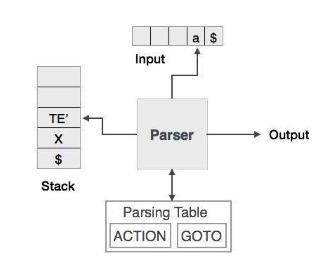 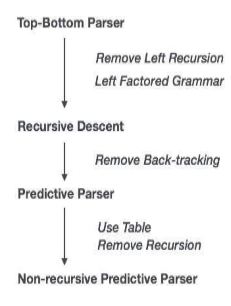 The goal of predictive parsing is to construct a top-down parser that never backtracks. To do so, we must transform a grammar in two ways: 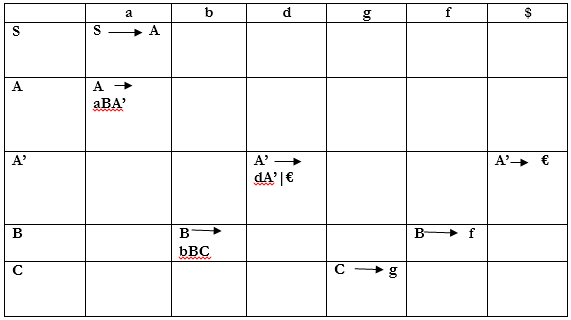 { Lest ‘X’ be the stack top symbol

And ‘a’ be the input symbol

If X=a=$ then accept and break