• A trap is a bent or depressed sanitary fitting which always remain full of water.

• Water remains in trap is water seal, which is measured as the vertical distance between crown and dip of a trap.

• The depth of seal water in practice varies from 25mm to 35mm.

Traps are classified in the following two ways:

P trap : The legs of trap are at right angle to each other. 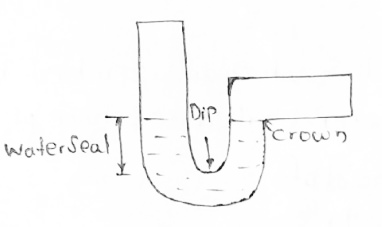 Q trap: The legs of trap meet at an angle on the than right angle.

S trap: The legs of trap are parallel.

• A cost iron cover with grating is provided at top, so as to prevent entry of solid matter.

• Nahni trap is located in bathroom. 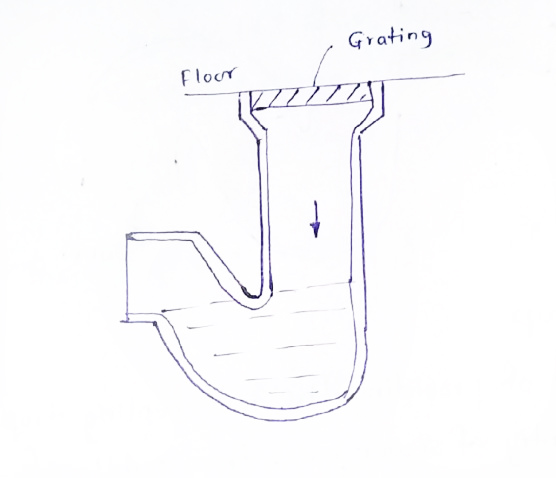 • Gully trap usually made of stone ware and cast iron grating is provided at its top.

• It is filled inside a masonry chamber.

• It is kept at floor or pavement or ground level.

• It is usually situated near the external force of wall and it is kept slightly higher than ground level. 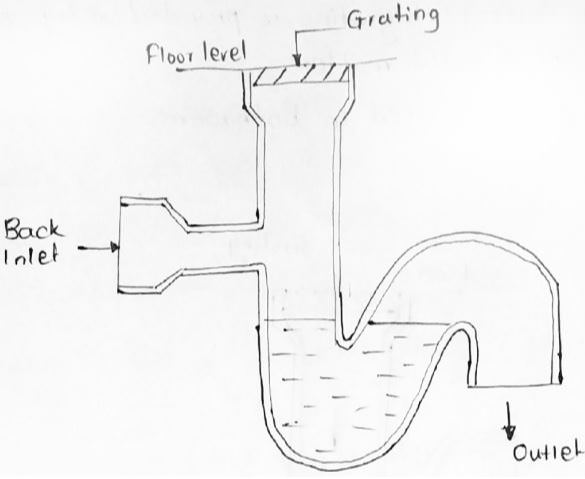 • The main idea of providing the intercepting is to prevent the entry of sewer gases from public sewer line into the house drains.

• Trap contains an inspection arm for the purpose of cleaning or inspection.

• Intercepting trap is provided in the last manhole at the junction of the house drain and public sewer line.