Cascode current mirror: - As shown in figure below, one more transistor M3 is added. In the circuit of basic current mirror and Vb is chosen such that Vx = Vy, then Iout closely tracks IREF. 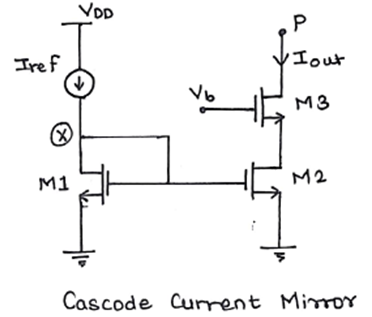