As the complexity of hardware increases, the number of chips present in board and interconnection among them may also increase. The device package in PCB becomes miniature to reduce total board space occupied by them and multiple layers of PCB are required to route the interconnection. 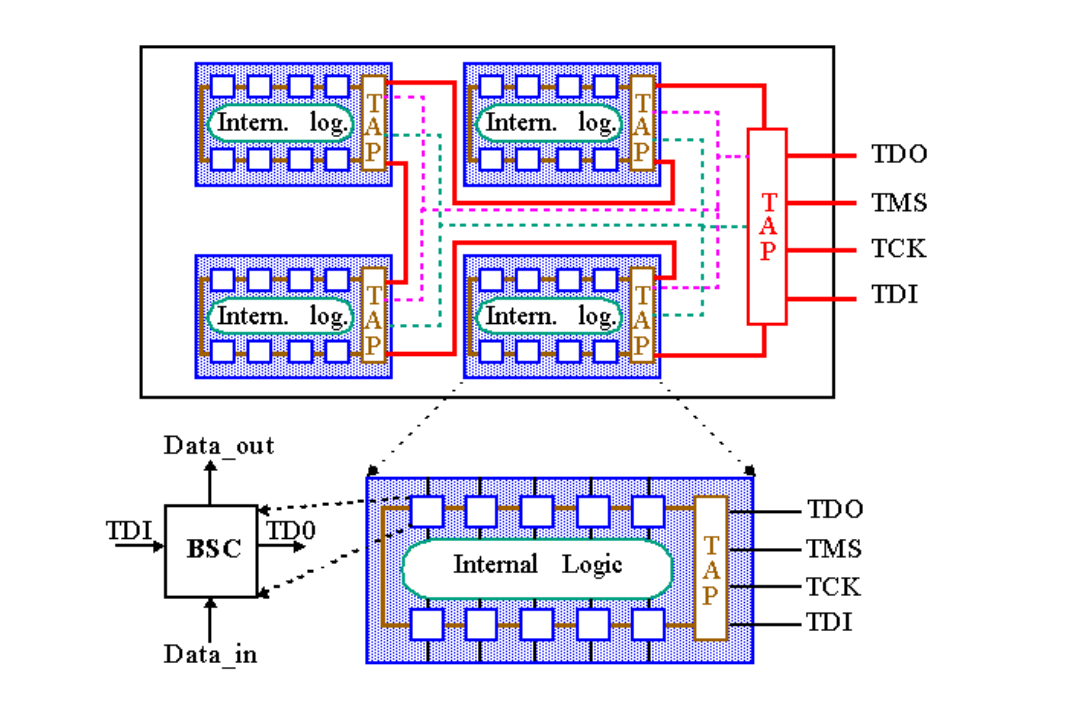 i) Miniaturization makes it difficult to debug the hardware using magnifying glass, multimeter, etc to check the interconnection among various chips.

ii) Boundary scan is a technique used for testing the interconnection among various chips, which support JTAG interface.

iv) A boundary scan path is formed inside the board by interconnecting the device through JTAG signal lines.

vi) TCK and TMS line of the devices are connected to clock and test mode select line of TAP of PCB. This forms a boundary scan path.

vii) The boundary scan cell is the multipurpose memory cell.

ix) The boundary scan cells can be used to capture input pin signal state and pass to internal circuitry capturing the signals from the internal circuitry and passing it to the output pin and shifting the data received from TDI of TAP.

x) The boundary scan cells can be operated in following modes –

Normal mode: The input of the boundary scan cell appears directly at its output.

Shift mode: In Shift mode, data is shifted from TDI pin to TDO pin off the device through boundary scan cells.

Instruction register: Holds and processes the instructions received over TAP.

xii) RUN BIST is the instruction used for performing self-test on internal functioning of the chip.