(a) If the quality of the rock is bad or if it contains excessive water, this is detected in advance and corrective measures can then be taken in time.

(b) A drift assists in the ventilation of tunnels.

(c) The quantity of explosives required is less.

(d) A side drift allows the use of timber to support the roof. 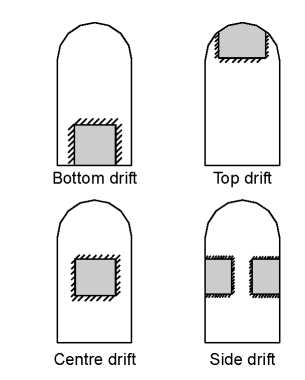