Below is the diagram for both Single & Double acting hammer:- 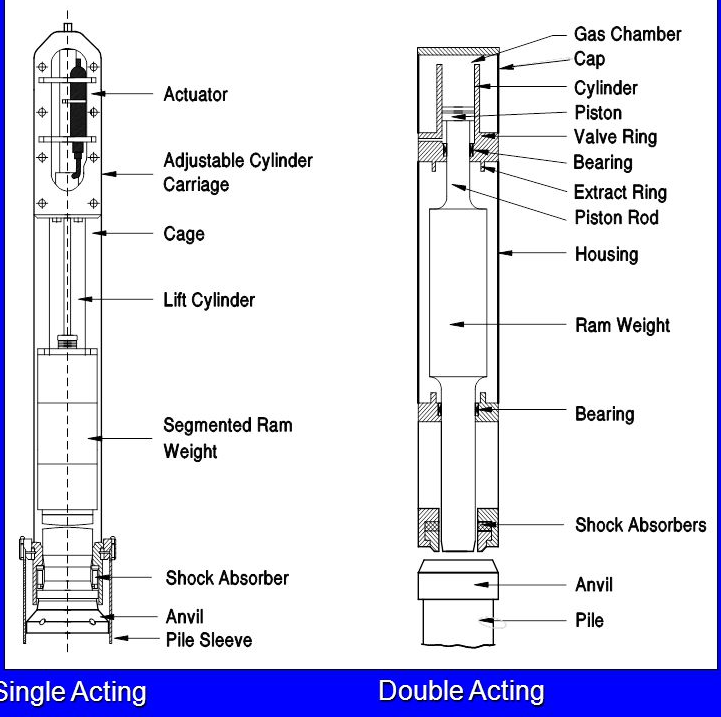