ii. DNS is a hierarchical naming system for domain services, or any resource connected with internet or private network.

A name space that maps each address to a unique name can be organized in two ways: flat or hierarchical. 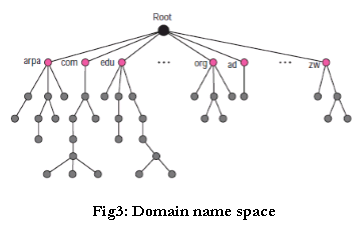 A lookup mechanism for translating objects into other objects

c. Resolvers (clients) which query the servers about the name space