IS-95 forward and reverse Channels

Some of the traffic Channels are designated as fundamental data Channel, supplementary data Channel and mobile power control sub-Channel, depending on the nature of signaling and traffic data carried by them. 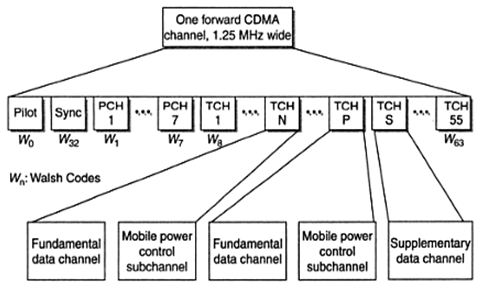 The pilot Channel (Channel 0):It is an un-modulated Channel that is spread by the Walsh-HadamardcodeW_0. It is a continuous signal on a single Channel. This Channel allows the mobile phone to acquire timing information, provides phase reference for the demodulation process, and provides a means for signal strength comparison for the purpose of hand-off determination. The pilot Channel consists of all logical zeros.

The sync Channel (Channel 32):It has low-rate data that is convolutionally encoded and interleaved before being spread by the Walsh-HadamardcodeW_32, it is used with the pilot Channel to acquire initial time synchronization. It is a 1200-bps Channel used by the mobile user to obtain identification information about the system (system time, long-code state, protocol revision, etc.). 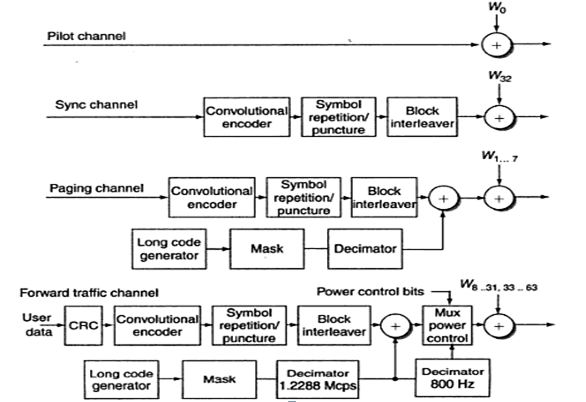 Fig2. Processing of IS-95 Forward Channels

The paging Channel (Channels 1 to 7): It has low rate data that is also encoded and interleaved. Prior to being spread, the paging data is randomized with a scrambler that is specific to the mobile user for which the page is intended. The data is then spread by Walsh-Hadamard code W_1-W_7 (for up to 7 paging Channels). The paging Channel provides system information and instructions to the MSs. It may contain messages for one or more mobile users at the same time. When the MS is to receive a call, it will receive a page from BS on an assigned paging Channel. There is no power control for the paging Channel on a per-frame basis.

All the forward logical Channels use the same bandwidth. The Walsh code is used to distinguish among the different Channels which are the 64 orthogonal 64-bits codes derived from 64x64 Walsh matrixes. To transfer the power-control information from the cell-site to the mobile user, power-control bits are multiplexed with the traffic bits at a rate of 800 Hz.

The signals from each forward logical Channel (pilot, sync, paging and traffic) are modulo-2 added to I and Q PN short-code sequences. Then I and Q spread signals are baseband filtered. 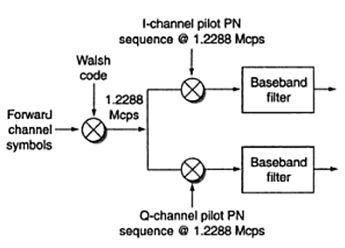 Fig3. Basic spreading procedure on the forward Channels in IS-95 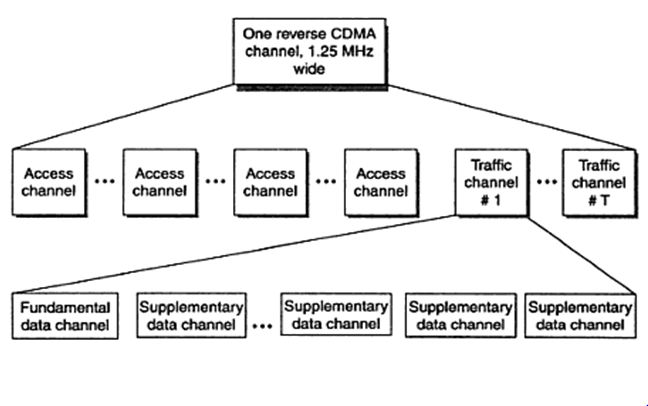 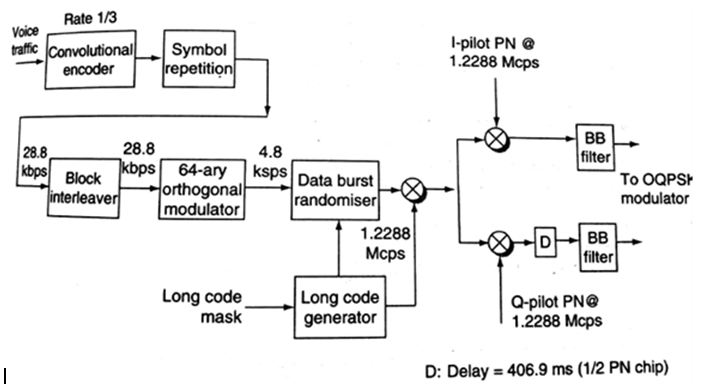 The modulation and scrambling of the chip sequence are very similar to their use in the forward Channel, except for the use of offset-QPSK modulation. The near-constant envelope properties of offset-QPSK make transmission more efficient for a power-limited mobile user. This is because power control is more important on uplink than the downlink, in IS-95.