0
Explain 4G-LTE architecture with a neat block diagram in detail.

The high-level network architecture of LTE is comprised of following three main components:

The evolved packet core communicates with packet data networks in the outside world such as the internet, private corporate networks or the IP multimedia subsystem. The interfaces between the different parts of the system are denoted Uu, S1 and SGi as shown below:

The internal architecture of the user equipment for LTE is identical to the one used by UMTS and GSM which is actually a Mobile Equipment (ME). The mobile equipment comprised of the following important modules:

The architecture of evolved UMTS Terrestrial Radio Access Network (E-UTRAN) has been illustrated below: 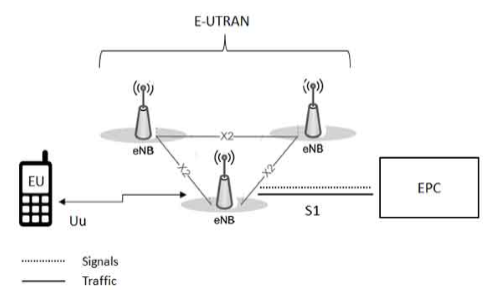 LTE Mobile communicates with just one base station and one cell at a time and there are following two main functions supported by eNB:

The architecture of Evolved Packet Core (EPC) has been illustrated below: 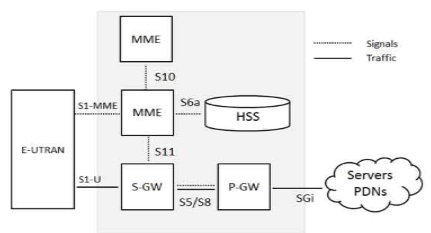 A brief description of each of the components shown in the above architecture:

The interface between the serving and PDN gateways is known as S5/S8. This has two slightly different implementations, namely S5 if the two devices are in the same network, and S8 if they are in different networks.

LTE thus aims to provide a peak data rate of 100 Mbps in downlink and 50 Mbps in Uplink respectively.