1) Rectangular Configuration:- This uses three perpendicular slides to construct the x, y, z axes. By moving three slides relative to one another, the robot is capable of operating within a rectangular work envelope. These are also called as Cartesian configuration robots.

3) Spherical Configuration:- IT uses telescopic arm that can be raised or lowered about a horizontal pivot point. The pivot point is mounted on a rotating base and gives the robot its vertical movement. These various joints provide the robot with the ability to move its arm within a spherical envelope.

4) Jointed arm Configuration:- It consists of two straight components whose shoulders and elbow joints rotate about horizontal axes corresponding to the human forearm and upper arm. Its work envelope is of irregular shape.

5) SCARA Configuration:- It is a special version of the jointed arm robot whose shoulder and elbow joints rotate about the vertical axes instead of horizontal. Its work envelope is cylindrical and much larger than all other configurations, which provides a substantial rigidity in the vertical direction for many essential tasks. 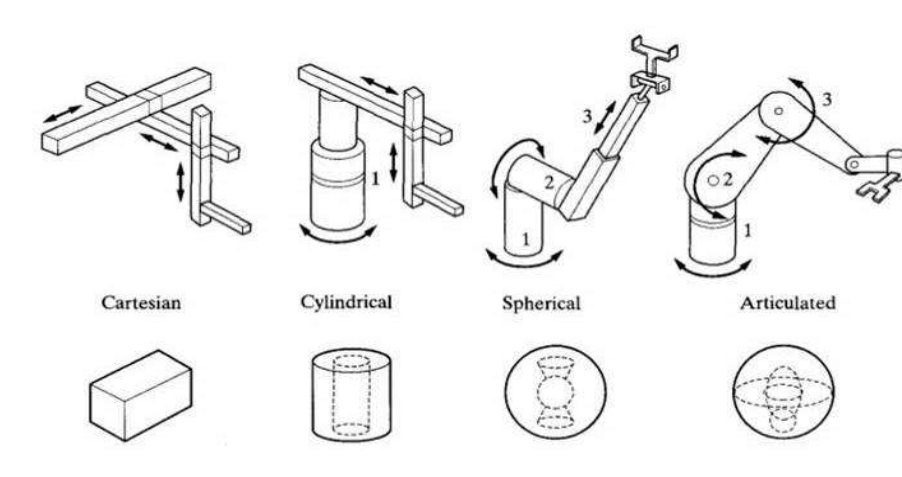