STS-1 frame format: The STS-1 is synchronous transport signal is SONET.The frame format is two dimensional as shown below. 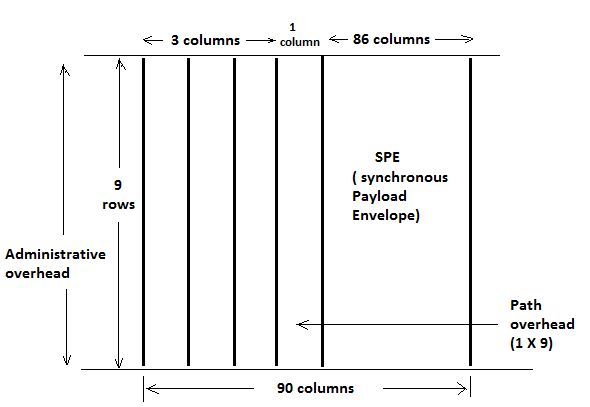 (b) Synchronous payload envelope SPE also has two parts (i) Path overhead and (ii) Payload.The Payload is the revenue producing traffic being transported and routed over the SONET network.

Once the payload is multiplexed into the SPE, It can be transported and switched through SONET without having to examined and possibly de-multiplexed at intermediate nodes.

STS-1 is specific sequence of 810 bytes (6480 bits) which includes various overhead bytes and an row by row from top to bottom and from left to right. 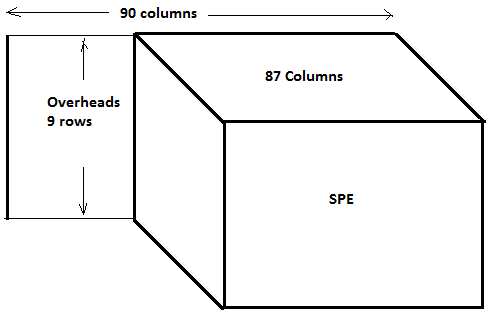 The first 3-coloumns contain 9 bytes,out of which (3X3) 9 bytes are of section overhead and remaining (6X3) 18 bytes are for line overhead.The remaining 87 columns constitute the STS-1 envelope capacity or SPE.

SPEs can have any alignment within the frame and this alignment is indicated bye the H1 and H2 pointer bytes in the line overhead.