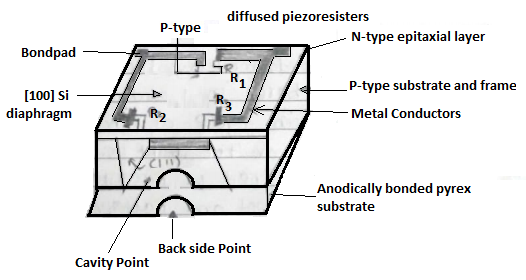 1) An n-type epitaxial layer of silicon is grown on p-type {100} wafer. A thin preferably stress free insulating layer is deposited or grown on the front side of the wafer and protective silicon nitrite film is deposited on back side as shown in fig 1. 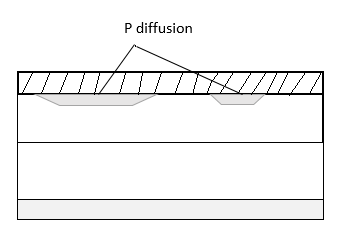 Fig (3) Deposite, pattern metal And electro chemical etch Of back side cavity. 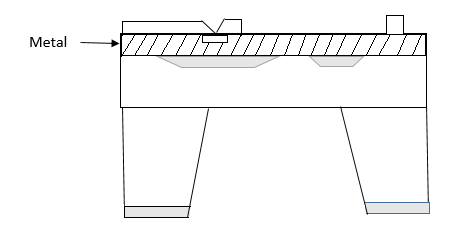 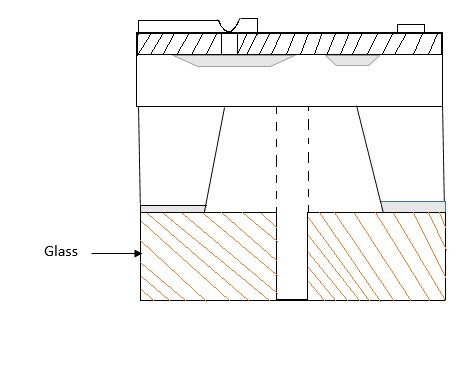 3) Etching of the insulator on the front side provides contact openings to underlined piezoresistors. A metal layer (Al) Is sputter deposited and patterned in the shape of electrical conductor and bond pads.