• PECVD is a CVD process that uses cold plasma which keeps wafers at low temperature. It enhances properties of layers being deposited.

• The reaction in PECVD 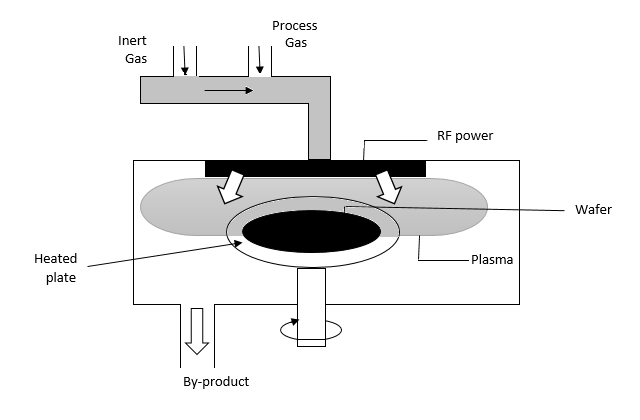