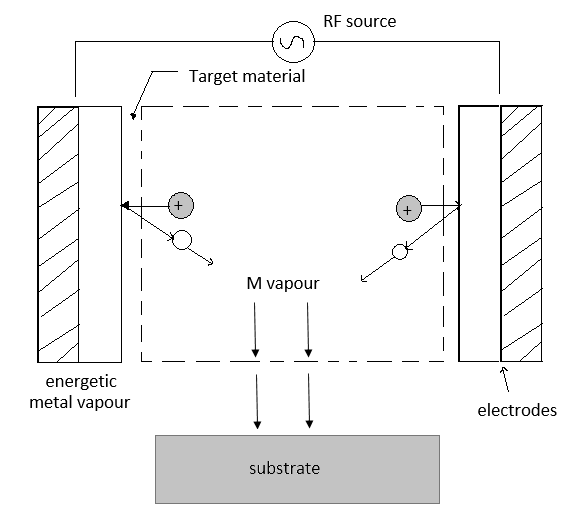 b) The depositing species have a low $S_c$, so that many are re-emitted and re-deposited ( or migrated ) elsewhere on the topography such as on the sidewalls.

a) Low adatom mobility and non rotated b) heated and rotated

Shadowing : Problem can occur in low pressure vacuum deposition in which the mean free path is large.

d = diameter of the gas molecule 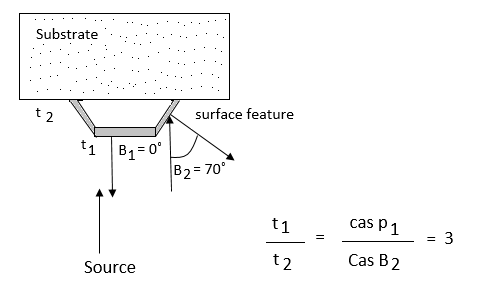 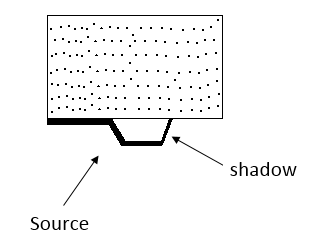