Rule-based classifier makes use of a set of IF-THEN rules for classification. We can express a rule in the following from −
IF condition THEN conclusion
Let us consider a rule R1, 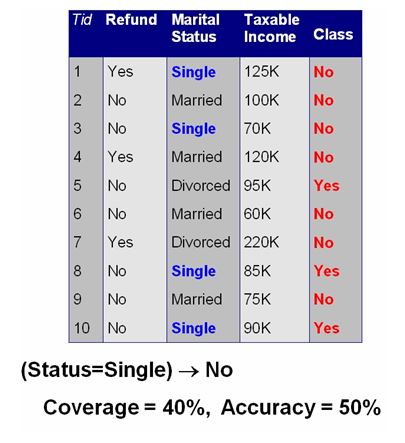 If we convert the result of decision tree to classification rules, these rules would be mutually exclusive and exhaustive at the same time.

That is, if more than one rule is triggered, need conflict resolution:

Compute the gain, if gain is not significant, discard the new rule.

Rule Pruning is similar to post-pruning of decision trees.