Some characteristics of real-time audio/video communication are:

Real-time data on a packet-switched network require the preservation of the time relationship between packets of a session. 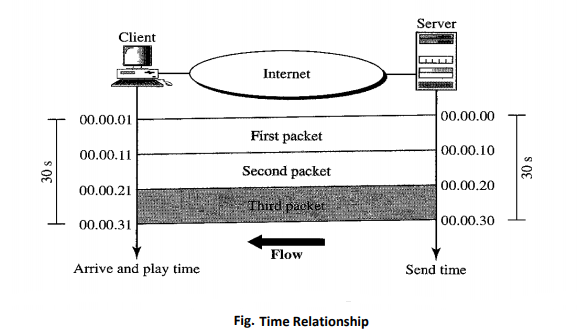 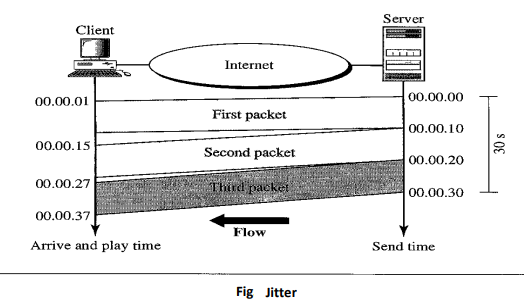 One solution to jitter is the use of a timestamp. If each packet has a timestamp that shows the time it was produced relative to the first (or previous) packet, then the receiver can add this time to the time at which it starts the playback. In other words, the receiver knows when each packet is to be played. 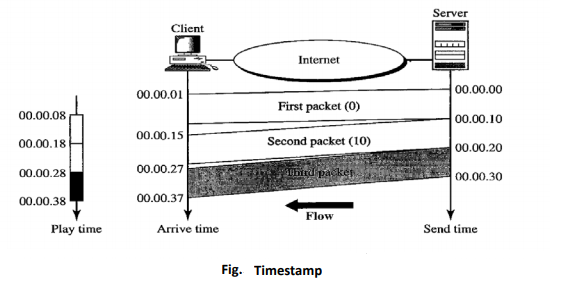 To be able to separate the arrival time from the playback time, we need a buffer to store the data until they are played back. The buffer is referred to as a playback buffer. When a session begins (the first bit of the first packet arrives), the receiver delays playing the data until a threshold is reached.

In addition to time relationship information and timestamps for real-time traffic, one more feature is needed. We need a sequence number for each packet. The timestamp alone cannot inform the receiver if a packet is lost. 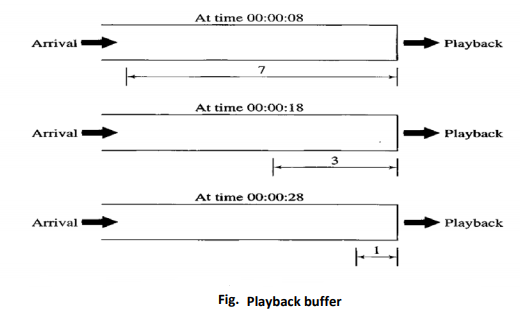 Multimedia plays a primary role in audio and video conferencing. The traffic can be heavy, and the data are distributed by using multicasting methods. Conferencing requires two - way communication between receivers and senders.

Sometimes real-time traffic needs translation. A translator is a computer that can change the format of a high-bandwidth video signal to a lower-quality narrow bandwidth signal.