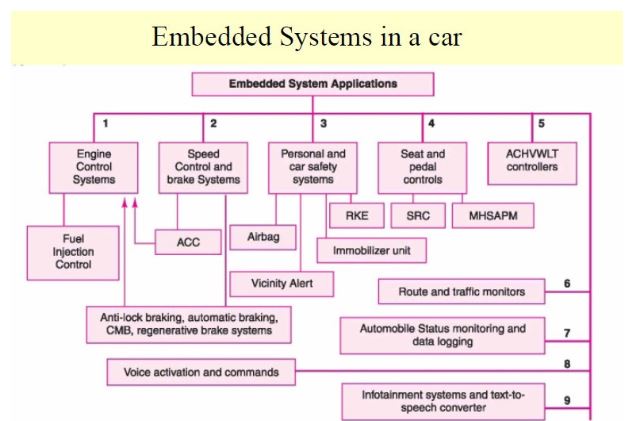 (1) road conditions are suitable (not wet or icy, or

(3) car is cruising at high speed and when there is no heavy traffic. 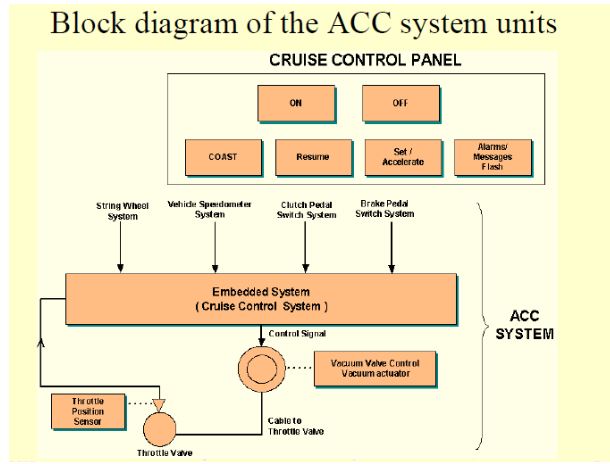 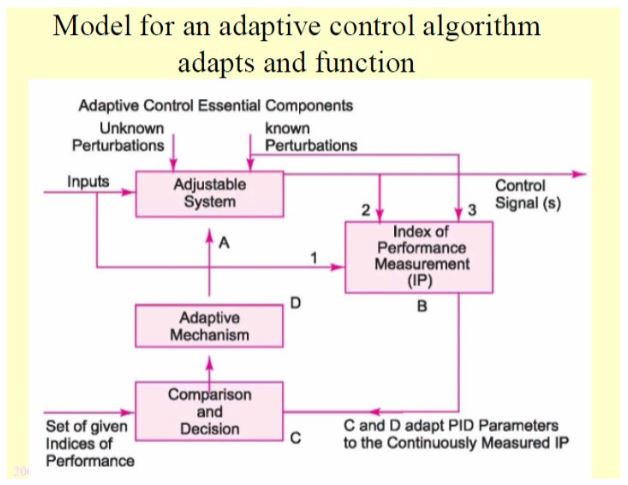 Functions of the system:

All estimated differences are cyclically sent as input to an adaptive algorithm, which adapts the control parameters and sends computed output to vacuum actuator of the throttle valve in car.

The brake is controlled when the safe distance is not maintained and warning message is flashed on the screen. 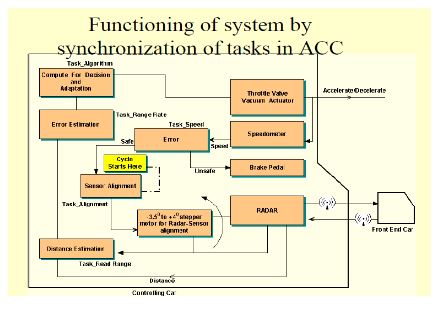 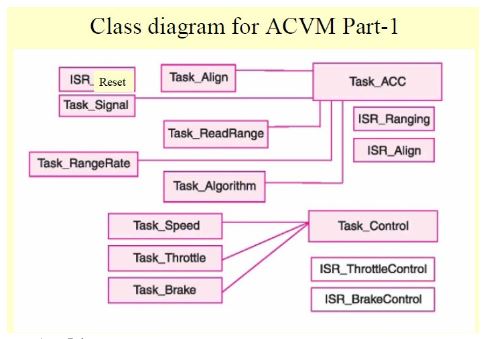 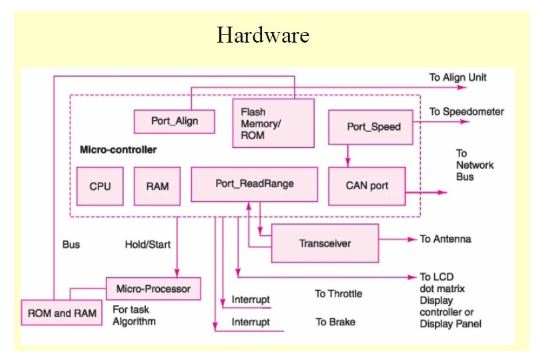 A hardware system in automotive electronics has to provide functional safety.

Important hardware standards and guidance─ at present are following:

(b) CAN (Controller Area Network),

Tasks and their class, priority, action and IPCs:

(i) Get errors of speed and range and execute adaptive control algorithm.

(ii) Get errors of other vehicles through Port_RangeRate.

Multiple tasks and their synchronization model: 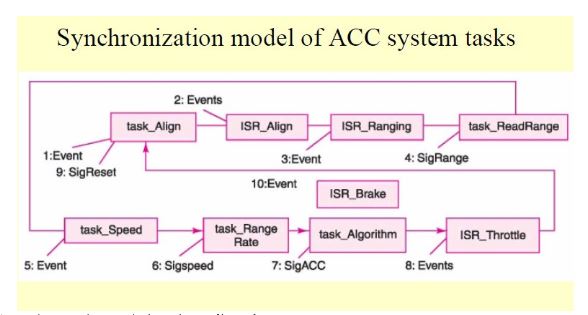 Semaphores taken and given in cyclic order...

ACC software for use in automobile 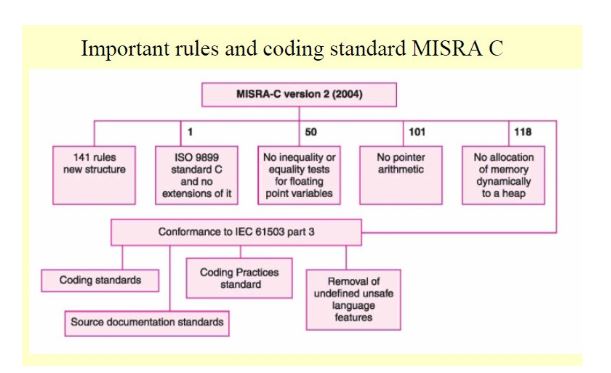