In a distributed system, the following things happen:

A distributed operating system runs on a number of independent sites, those are connected through a communication network, but users feel it like a single virtual machine and runs its own operating system. 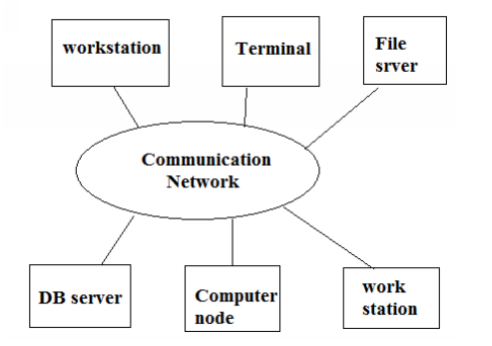 The characteristics of the distributed system are given below:

Concurrency: All the services should be active concurrently and shares resources. E.g. web pages, files, etc.

No global clock: Computers are connected through a network in the distributed system having own clock. Communication between the nodes is done through message passing and their coordination is depending on time. Every client or computer has a different time span. But accurate time synchronization is impossible in a distributed environment because it does not provide a global clock.

Independent Failure: Each component in a distributed system can fail independently without knowing others. Though a single component fails, others continue with their own task without getting disturbed.

Applications of a distributed system