Priority encoder : The encoder was introduced and decimal to BCD encoder was designed using gates, the process of encoding is of that of decoding.

One of the most commonly used input device for digital system is a set of ten switches, one for each numeral between 0 and 9, there switches generate 1 or 0 logic levels in response to turning them off or ON when particular number is to be fed to the digital circuit in BSD code, the switch corresponding to that number is pressed, there is an IE available for performing this function, which is a priority encoder, the block diagram is as shown below, it has active law input and output, the meaning of the word priority can be seen from truth table. 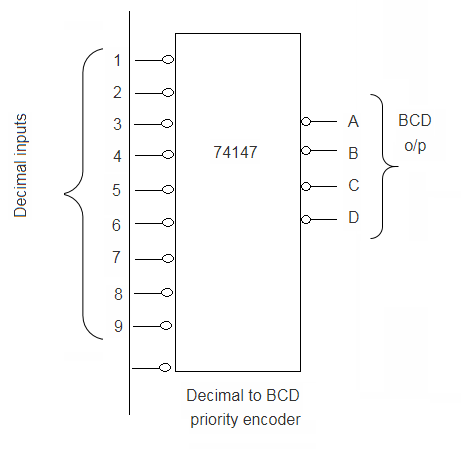