The communication between UE and the Node B takes place via air interface. WCDMA is one of the air interface for UMTS networks. It is totally different from the air interface (TDMA) used in GSM. The traffic can vary from 8Kbps to 2 Mbps data and can be either circuit switched or packet switched. The UMTS air interface (WCDMA) has certain key features, which are listed in Table 1. 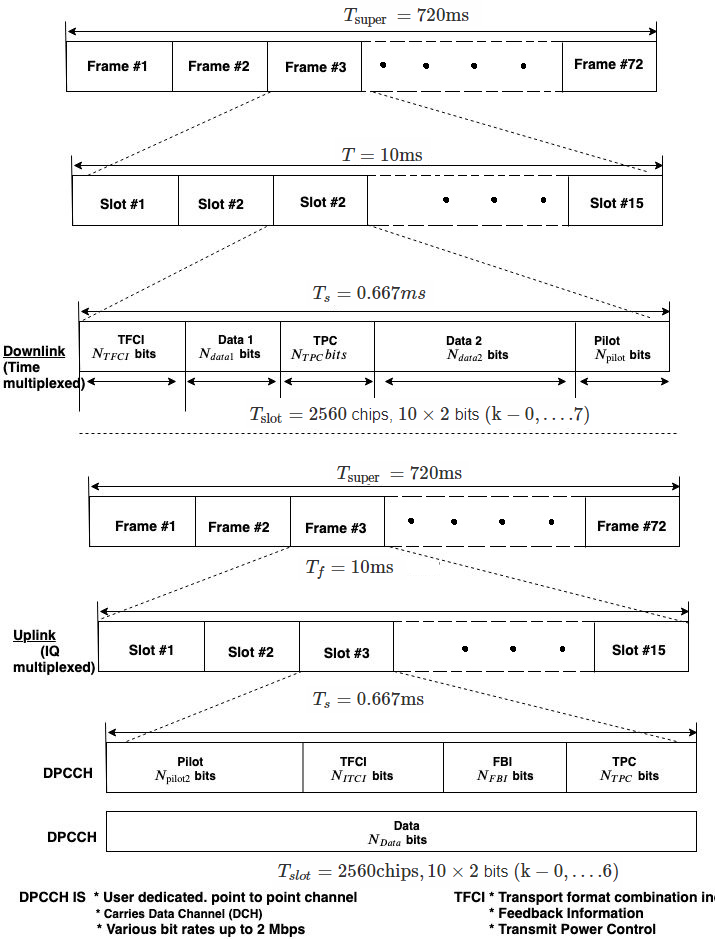