System testing is the process of attempting to demonstrate that a program or system does not meet its original requirements and objectives, as stated in the requirement specification. System testing is actually-a series. of different tests to test the whole system. on various grounds of where bugs have the probability to occur. The ground can be performance, security, maximum load, etc. The integrated system is passed through various tests based on these grounds and depending on the environment and type of project, the resulting system, which is ready for acceptance testing, involves the user, as shown in Fig.1.

It is difficult to test the system on various grounds, since there is no methodology for system testing. One solution to this problem is to think from the perspective of the user and the problem that the user is trying to solve. 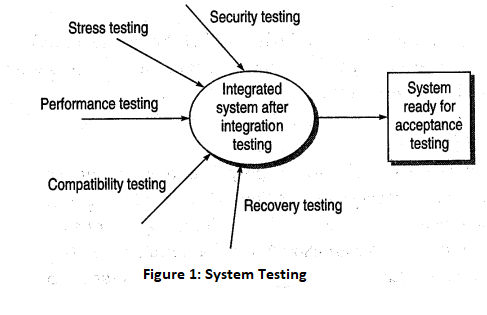 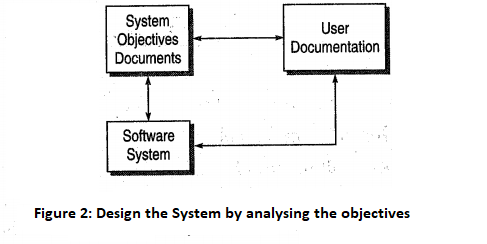 Given the statement of objectives, there is no identifiable methodology that would yield a set of test cases, other than the vague but useful guideline of writing test cases to attempt to show that the system is inconsistent with each sentence in the objectives statement. Thus, rather than developing a system test methodology, distinct categories of system test cases are taken.