Hydropower is energy that comes from the force of moving water. The most common form of hydropower plant uses a dam on a river to store water in a reservoir. Enormous quantities of water are involved and a large hydro-electric power system requires a very large dam, or a series of dams.

A typical hydropower plant is a system with three parts: 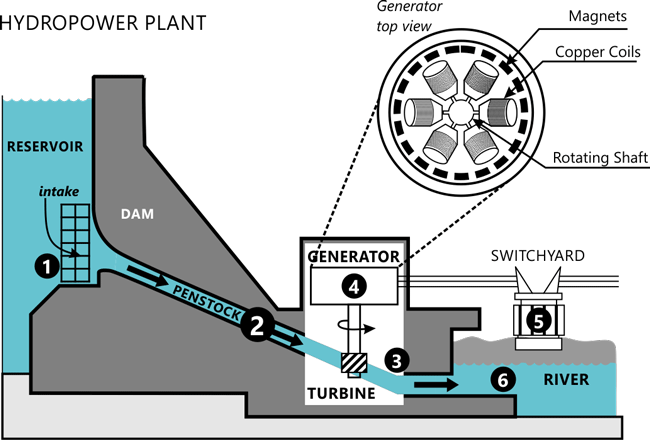