A great deal of system performance information can be deduced from the eye pattern display. To interpret the eye pattern, consider Fig.7.1 and the simplified drawing shown in Fig. 7.2. The following information regarding the signal amplitude distortion, timing jitter, and system rise time can be derived: 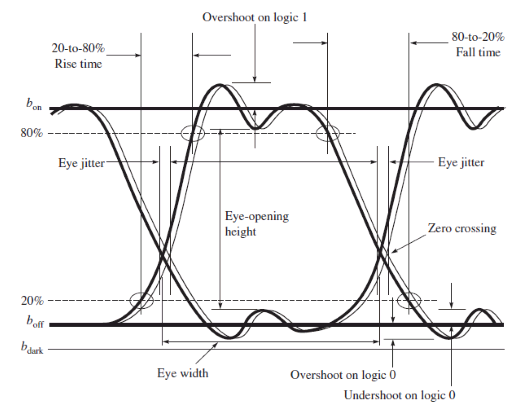