11 (a) Four forces act on bolt A as shown. Determine the resultant of the forces on the bolt shown in fig. 11(a) 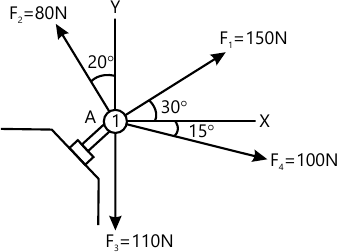 (16 marks) 11 (b) Consider the 75kg crate shown in the space diagram of fig. Q11 (b). This crate was lying between two buildings, and it is now being lifted on a truck, which will remove it. The crate is supported by a vertical cable, which is joined at A to two ropes which pass over pulleys attached to the buildings at B and C. It is desired to determine the tension in each of the ropes AB and C. 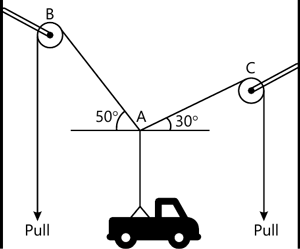 12 (a) Determine the magnitude and direction of the smallest force F, shown in Fig. Q12(a) which will maintain the packages shown in equilibrium. Note that the force exerted by the package is perpendicular to the incline. 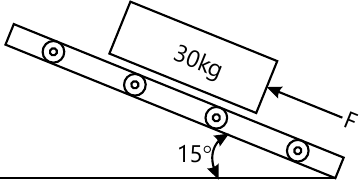 (16 marks) 12 (b) A 20-g ladder Fig. Q.12(b) used to reach high shelves in a store room is supported by two flanged wheels A and B mounted on rail and by an unflanged wheel C resting against a rail fixed to the wall. An 80-kg man stands on the ladder and leans to the right. The line of action of the combined weight W of the man and ladder intersects the floor at point D. Determine the reactions at A, B and C. 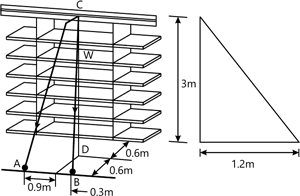 13 (a) Determine the moment of inertia of the shaded area as shown in Fig. Q.13(a) with respect to the axis. 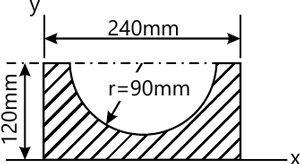 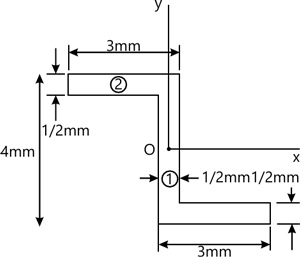 14 (a) The two blocks in Fig. Q.14(a) start from rest. The horizontal plane and the pulley are frictionless, and the pulley is assumed to be of negligible mass. Determine the acceleration of each block and the tension in each cord. 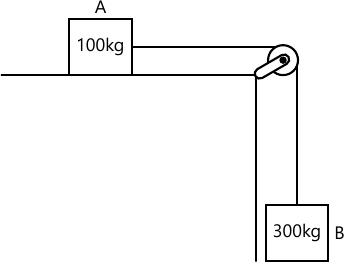 (16 marks) 14 (b) Two blocks are joined by an inextensible cable as shown in Fig. Q.14(b). In the system is released from rest, determine the velocity of block. A after it has moved 2m. Assume that the coefficient of kinetic friction between block A and the plane is ?k=0.25 and that the pulley is weightless and frictionless. 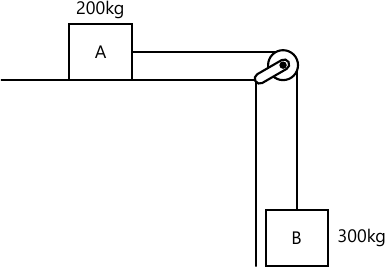 15 (a) A support block is acted upon by two forces as shown in Fig. Q.15(a). Knowing that the coefficient of friction between the block and the incline are ?s=0.35 and ?k=0.25, determine the force P required
i) To start and block moving up the incline
ii) To keep it moving up,
iii) To prevent it from sliding down. 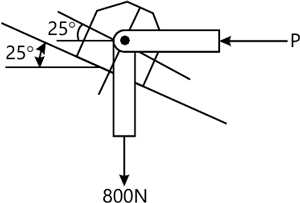 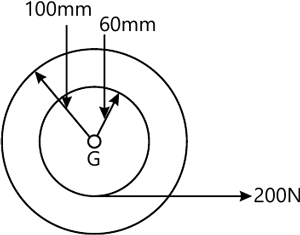