The performance of DPCM can be improved by using adaptive prediction and quantization, so that the predictor and difference quantize adapt to the changing characteristics of the speech being coded. ADPCM scheme standardized by ITU-T in Recommendation G.726 which is used in DECT and in a number of wireless local loop schemes.

The ADPCM uses the signal performance in the past and predicts it in the future and the output signal will signify the prediction error, which has no importance. Thus, the signal should be decoded to restore a strong and original signal. The main function of ADPCM is to transmit sound signals with the help of fiber-optic long-distance lines.

ADPCM is mainly used in the telecommunication field for compression of speech because this technique reduces the flow of bit without reducing its quality. Thus this kind of modulation can be used in all waveforms, images, and audio with high-quality & data in other moderns. 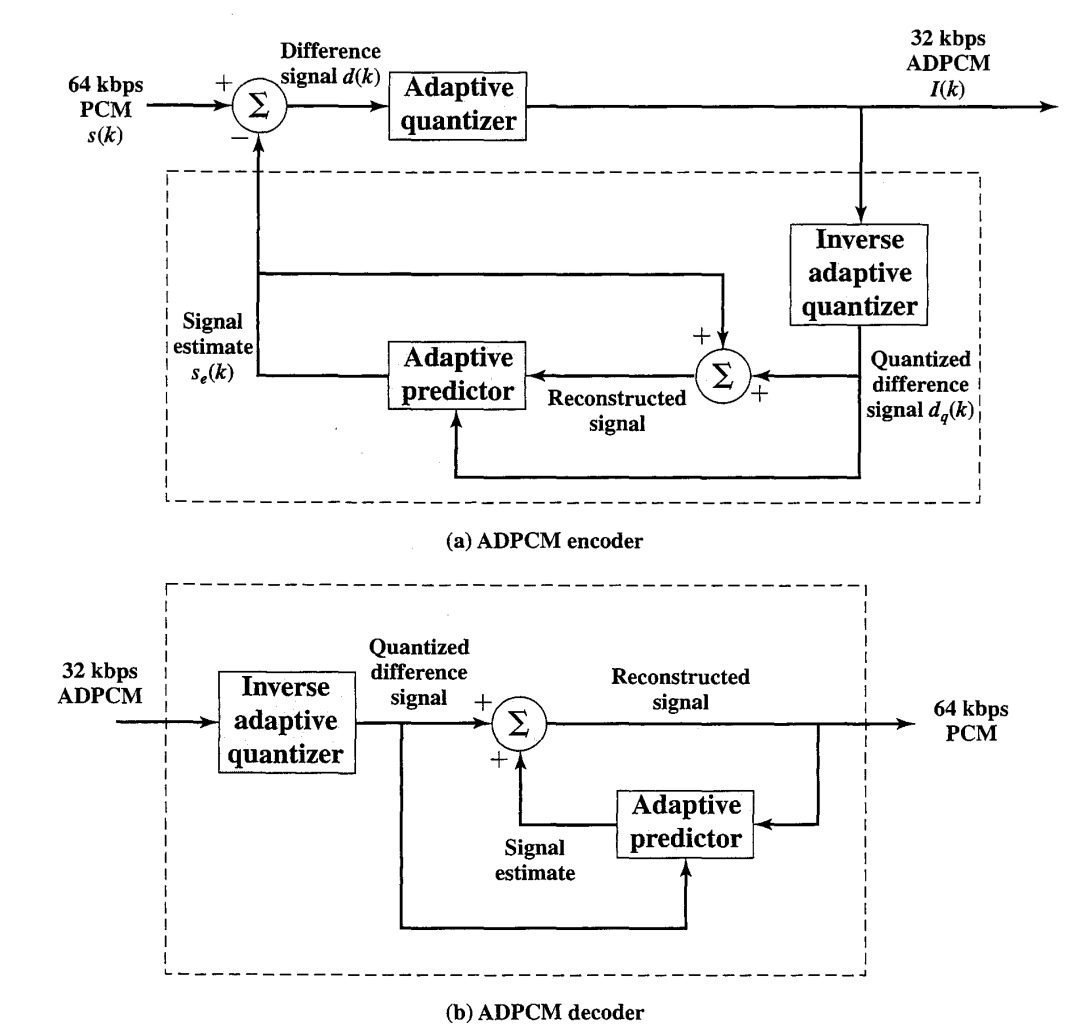 The given figure shows the basic ADPCM Transmitter and Receiver . The transmitter converts a 64 kbps digitalized voice stream into a compressed 32-kbps stream. The overall block diagram is the same as that for DPCM.

In this case, the adaptive predictor makes use not only of previous predictor output values but also previous quantized difference values. In both the predictor and the quantizer, parameter values of the algorithms are dynamically adjusted based on the statistical properties of previous samples. As with DPCM, the heart of the decoder is a replication of part of the logic of the encoder.

The adaptive quantizer takes as input the difference d(k) between the PCM signal s(k) and the signal estimate se(k) and produces a 4-bit (3 for the magnitude and 1 for the sign) output ADPCM I(k). Prior to quantization, d(k) is converted to a base 2 logarithmic repre- sentation and scaled by y(k), which is an adaptation factor based on the rate of change of the signal over recent samples. The result is then mapped into 4 bits for transmission as the ADPCM signal.

Advantages and Disadvantages of ADPCM: