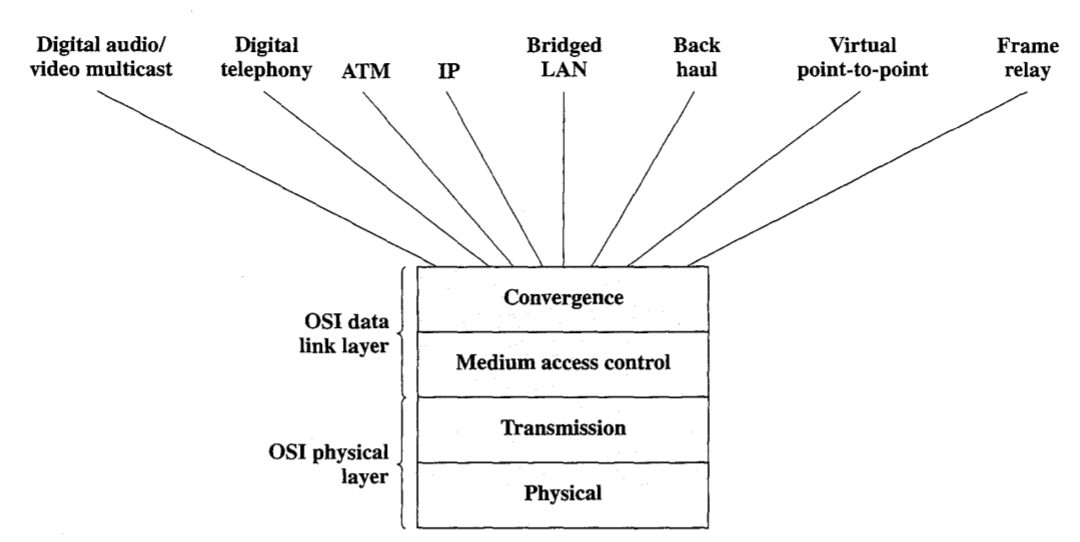 As seen in the above figure there are four protocol layers defined in the 802.16 protocol architecture to the OSI model.

Physical Layer: Here the lowest two layers of the 802.16 protocol model correspond to the physical layer of the OSI model and include such functions as:

Transmission layer: In addition, the physical layer of the 802 model includes a specification of the transmission medium and the frequency band. Generally, this is considered "below" the lowest layer of the OSI model. However, the choice of transmission medium and frequency band is critical in wireless link design, and so a specification of the medium is included. In general, the 802.16 physical layer is concerned with these medium-dependent issues, and the transmission layer is concerned with the bulleted items listed previously.

Medium Access control (MAC) layer: Above the physical and transmission layers are the functions associated with providing service to subscribers. They include: