The functional block diagram of IC 723 can be divided into four major blocks.

1) Temperature-compensated voltage reference source, which is the Zener diode.

Fig (a) shows a simplified functional block diagram of IC 723.

This error amplifier is a high-gain differential amplifier. Its inverting input is connected to the either whole regulated output voltage or part of that from outside. 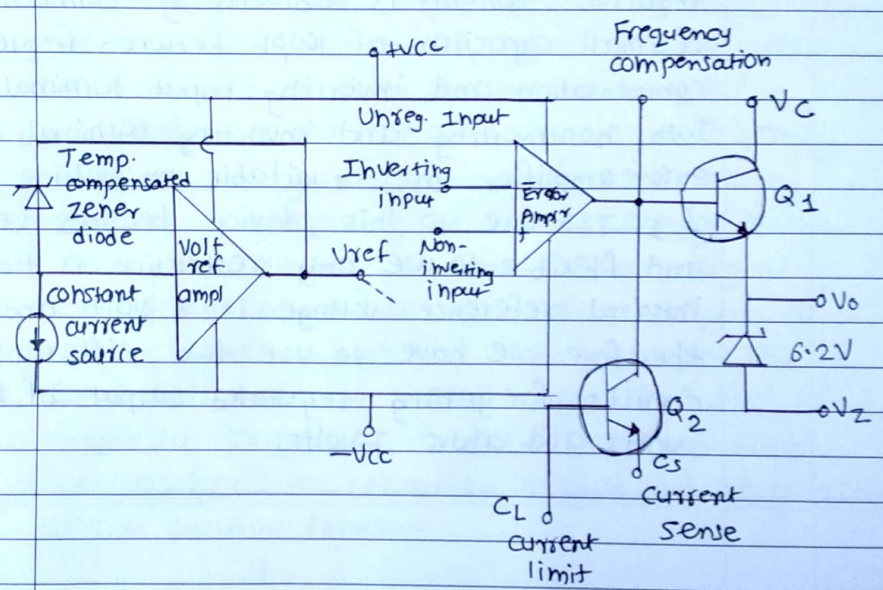 Both noninverting and inverting terminals of the error amplifier are available on the outside pins of IC 723.

Due to this, the device becomes versatile and flexible to use only restriction is that the internal reference voltage is 7 volts and therefore we have to use two different circuits for getting regulated outputs of below 7 volts and above 7 volts.