i. The Digital Immune system is a comprehensive approach to virus protection developed by IBM. The motivation for this development has been the rising threat of Internet-based virus propagation.

ii. Traditionally the virus threat was characterized by the relatively slow spread of new viruses and new mutations. Antivirus software was typically updated on a monthly basis and this has been sufficient to control the problem. 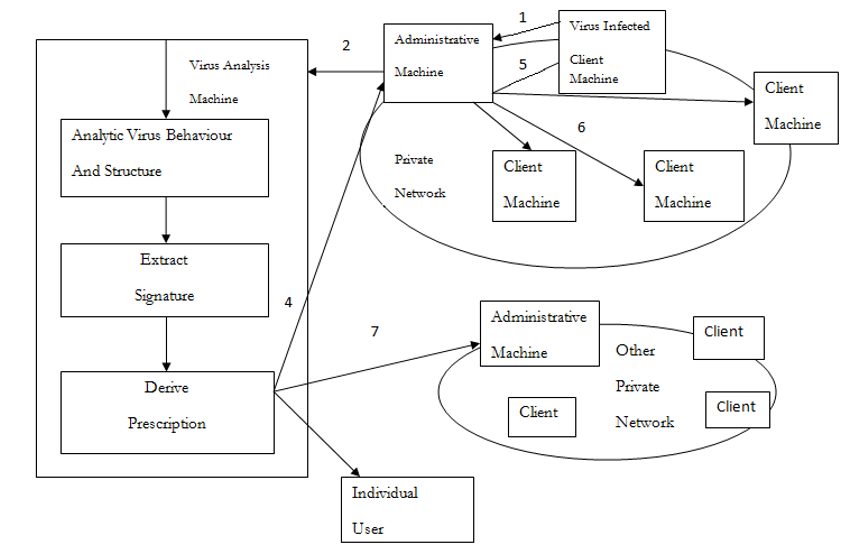 iii. Also traditionally, the Internet played a comparatively small role in the spread of viruses. Two major trends in Internet technology had an increasing impact on the rate of virus propagation in recent years:

iv. In response to threat posed by these Internet-based capabilities, IBM has developed a prototype digital immune system. The objective of this system is to provide rapid response time so that viruses can be stamped out almost as soon as they are introduced.

v. When a new virus enters an organization, the immune system automatically captures it, analyzes it, adds detection and shielding for it, removes it and passes information about that virus to systems running IBM antivirus so that it can be detected before it is allowed to run elsewhere.

vi. The operation of digital immune system as follows:

vii. The success of digital immune system depends on the ability of the virus analysis machine to detect new and innovative virus strains.

viii. By constantly analyzing and monitoring the viruses found in the wild, it should be possible to continuously update the Digital Immune System software to keep up with the threat.