DBSCAN: Density Based Clustering of Applications with noise 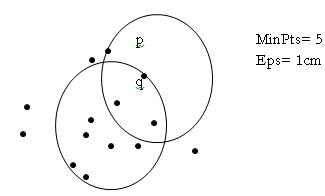